The Lady Patriots have a home contest on Monday against Riverdale with the JV starting at 4:30 and the varsity beginning at approximately 5:30. 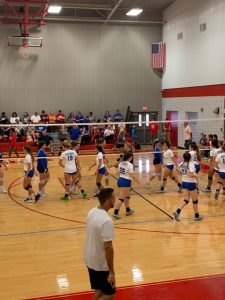