We had two athletes named to the Composite Academic All-State team. Congratulations to Collin Guggenheim and Justin Unger for being named to the Academic All-State Football team and Academic All-State Cross Country team. The composite means that it encompasses all athletes in every classification and division. So, not only were they All-State in their respective divisions/classes, but among all athletes that compete in that particular sport. Justin was also recognized by the Greater New Orleans Sports Foundation and Chevron as the R&L Carrier New Orleans Bowl’s Scholar Athlete! Congratulations on the great accomplishments. 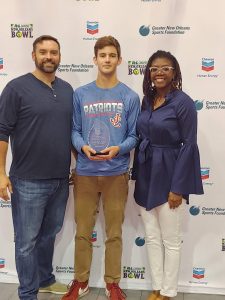 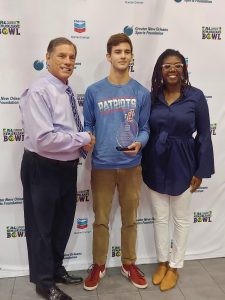 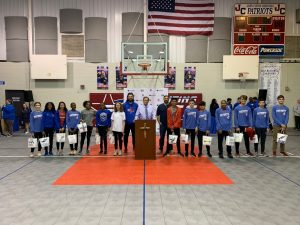