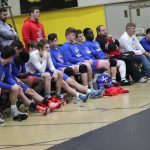 Congratulations to the wrestling team for finishing in 7th place as they wrapped up their season in the state championships this past weekend. The state wrestling meet was held in the Shreveport/Bossier City CenturyLink Building. The Patriot wrestling team sent 10 wrestlers to the state meet. The individuals who wrestled were: 106 lbs. Trey Curtis 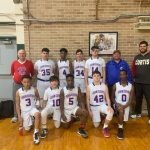 Congratulations are in order to the 8th grade basketball team. They completed the season finishing as the league champs and winning the end of the year tournament this past weekend. Their overall record for the season was 23-3, including a 15-1 league record. This is the record for the most wins in a season for 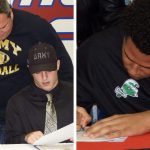 Wednesday was national signing day around the country. Although, the hype isn’t what it used to be because of the NCAA’s institution of an early signing period, it is equally important. The Patriots had two student athletes sign in the early signing period and another seven in Wednesday’s press conference, which announced them all.  We 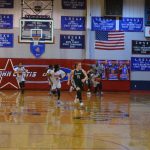 With such a young team this season, it was said the Lady Patriot basketball team may struggle. One would be hard pressed to say that now, especially over the course of these last seven victories. It would be tough to find another team that has the quality of wins the Patriots have had in these 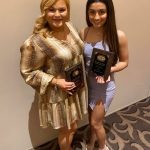 On January 11th at the L’Auberge in Baton Rouge the Louisiana Volleyball Coaches Association held a banquet to honor it’s recipients of the All State team. We were honored to have two players named to the team and recognized at the banquet. Congratulations to senior Rylee Fabacher and junior Danielle Taix. 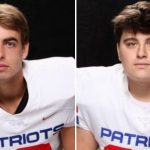 Congratulations to our two football players selected to the Class 5A Louisiana Sports Writers Association’s (LSWA) All State football team. The team was selected by a panel of journalists from across the state. Seniors Austin McCready was selected as the punter and Robert Pizzolato was selected as an offensive lineman. 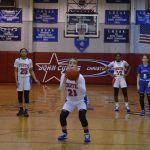 After losing several key members from last season’s state title team and All State Sugar Bowl National Classic champions, this year’s team looks very different. However, the results on the court are eerily similar. The Patriots took a 9-1 record into the tournament and faced some very stiff competition in the tournament. In order to