Jay Curtis Named Defensive Player of the Week WAY TO GO, JAY!!! FROM THENEWORLEANSADVOCATE.COM     Jay Curtis, Curtis Curtis, a senior linebacker, recorded seven tackles. including a pair of sacks in the Patriots’ 34-0 victory over Brother Martin. It was the Patriots’ first shutout since 2014. Curtis, a standout on the baseball team as 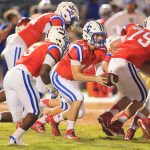 The Patriots open up district this week against the Brother Martin Crusaders. Brother Martin went to a tough place to play, Hahnville, and came out with a thorough 21-6 victory, last week. Chris Smith gained 112 yards on 20 carries vs. Hahnville and Matthew Alonso scored three TDs. QB John Paul Pierce complete 12 of 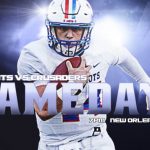 John Curtis 66, Parkview Baptist 28.  Really. Curtis made its’ record 3-0 vs. its upriver arrival Friday night; all three games in Parkview’s home stadium.  A year ago, the Patriots fought off a furious second half Parkview rally to win a 34-31 nail biter. Not this time. Curtis rolled to a 25-8 halftime 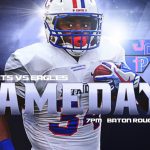 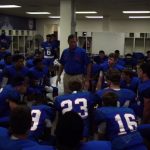 Multiple Teams · Sep 12 Inside the rocker room pregame speech with Coach JT and the Patriots!

Do you ever wish or wonder what it’s like to be in the locker room before a John Curtis Christian School football game? Well, here you go! Click this link to go inside the locker room for Coach JT’s pregame speech! 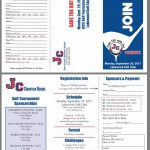 Multiple Teams · Sep 12 Join us as we Par-Tee with the Patriots at this year’s Golf Tournament!

Monday, September 25th, 2017 Lakewood Country Club Check In begins at 11:00AM; Golfing begins at 12:30 Please help us to get the word out about the golf tournament! This event is put on the the Patriot Community Organization (PCO). The funds that the PCO generates go directly back to the school and provide things like 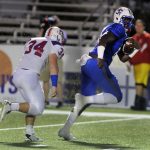 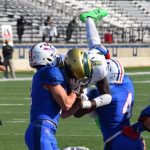 The Patriots traveled to Shreveport to take on the #4 nationally ranked Grayson Rams, from Georgia. Grayson is the defending 2016 7A Georgia state champions, going 14-1 last year with their lone loss to national power IMG Academy. Returning several players from that team and featuring double digit Division I prospects, the Patriots showed that 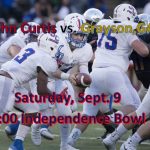